Robert studied law at Queen's University Belfast, graduating in 2016 before completing his solicitor training at MSM and the Institute of Professional Legal Studies where he was awarded the Owen Catchpole prize for Solicitor Advocacy. He was admitted to the Roll of Solicitors in 2018.

A member of MSM's criminal and immigration departments, Robert has accrued extensive experience representing clients at the police station and throughout all tiers of court, advocating at criminal courts daily, with a particular interest in Crown Court and Court of Appeal litigation.Robert has a developed a speciality in trafficking law, frequently representing a number of trafficking victims as they engage in the NRM, advancing judicial review proceedings and Article 4 challenges of negative trafficking decisions. Robert has also been instructed in, first of the kind, defending modern slavery prosecutions in Northern Ireland. 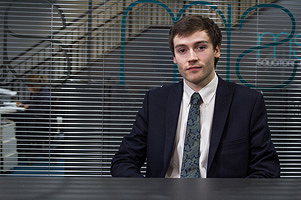